Hearing of a herniated disc or a bulging disc is common, but a prolapsed disc is not diagnosed nor discussed nearly as often. This normally leads to confusion or anxiety for those who are told they have this condition. However, symptoms generally have the same range of severity, and treatment options for a prolapsed disc take the same course as other disc conditions.

A prolapsed disc is a type of herniated disc. This condition occurs when the soft inner layer of a spinal disc pushes out through a crack or tear in the tough outer layer known as the annulus. With a prolapsed disc, the herniated disc material consists of a relatively small part of the disc perimeter and remains attached to the disc.

A prolapsed disc is not particularly painful but it causes narrowing in the spinal column which can result in nerve compression. A herniated disc can cause local pain, radiating pain, muscle weakness, tingling, and numbness in the upper and lower extremities.

A prolapsed disc is typically an age-related condition, but injuries can worsen the already deteriorating disc as well. It is typical to develop symptoms and receive a diagnosis after an injury. However, the primary underlying cause of this condition is age, as the body dries out and becomes less flexible over time.

Surgery for a prolapsed disc

Patients typically find relief through the use of conservative treatments without the need for surgery. Nevertheless, if a patient’s condition does not improve, surgery should be considered.

As an alternative to open back surgery, minimally invasive outpatient spine surgery implements muscle-sparing techniques as a means to relieve nerve compression related to prolapsed discs, bulging discs, and other degenerative spine conditions. This type of procedure offers the possibility of a shorter recovery time and the risk for complications is lowered.

Similar to other degenerative spine conditions, a prolapsed disc responds well to conservative therapies in many cases. These include:

No matter where you are on your treatment course for a prolapsed disc, BEST Health System can help. We have a multidisciplinary team that is dedicated to helping you create a personalized treatment plan that is right for your needs and goals for relief.

Learn more, reach out to our caring and dedicated team today.

If you have experienced any of these symptoms or recieved a diagnosis and need treatment, BEST can help. Take the first step towards relief today. 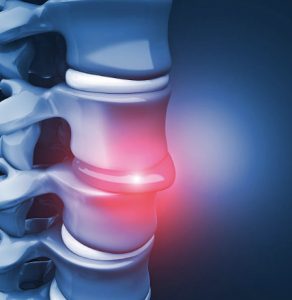 Everything You Need to Know about a Prolapsed Disc

A prolapsed disc is a condition that is commonly referred to in several different ways, including a ruptured disc, a herniated disc, and a slipped […] 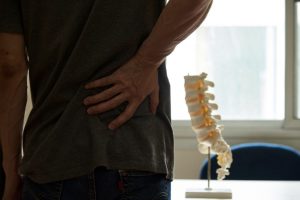 Spine surgery is usually a last resort option for patients who have fully explored other treatments and still have neck or back pain. In these […]