The joints that connect the spinal vertebrae are referred to as facet joints. When they degenerate, they can become swollen and tear and also pinch the spinal cord. Damaged facet joints can cause pain because they contain thousands of nerves. While facet thermal ablation will not reverse the damage caused by degeneration, it can alleviate severe back pain symptoms. When paired with light exercise and lifestyle changes, it can help prevent or minimize subsequent spinal conditions.

Facet thermal ablation is a minimally invasive surgical procedure that offers several advantages including short recovery times and a minimal occurrence of scar tissue. Lasers are used to clean facet joints and remove nerves that are the source of pain. A fiber-optic laser is used to fix facet joints in the spine. Requiring no general anesthesia, facet thermal ablation is a safe alternative to open back surgery.

After a facet thermal ablation procedure, you should not feel pain in or around a damaged joint facet. While it doesn’t reverse the damage caused by degeneration, it is an effective treatment for many severe back pain symptoms. When paired with light exercise and lifestyle changes, it can help combat back and spinal conditions.

Facet thermal ablation uses fiber-optic laser surgery to fix facet joints in the spine. It requires no general anesthesia and is a safe alternative to open-back surgery. The process is as follows:

The surgery is complete after 1-2 hours of monitoring. Following the office visit, you should take a short walk, but avoid intense exertion for the rest of the day following the surgery. The next day, you will need to visit the doctor for a post-operative check-up.

The entire surgery takes about 40 minutes, not counting the post-op monitoring. Scarring is minimal, and you will be able to quickly return to your normal activities.

Facet thermal ablation may be used to treat various back and spinal conditions. These include:

The cost of facet thermal ablation is based on several considerations. This can include both the extent of the procedure and a patient’s insurance carrier. Medicare can cover this procedure if it is deemed necessary treatment. BEST accepts Medicare, most private health insurances, and works with workers’ compensation claims and personal injury cases at all of our centers.

To learn more about facet thermal ablation and if it is right for you, contact BEST Health System today. Our caring and experienced team of treatment professionals can help you develop a personalized treatment plan that is right for you. We are dedicated to getting you the quality of life you deserve. 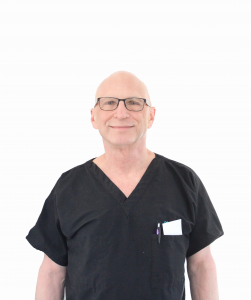 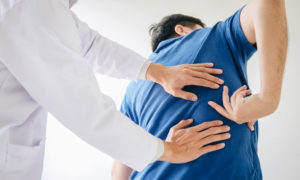 What is Facet Thermal Ablation with Laser? | BEST

Facet thermal ablation is a procedure that involves heating one or more nerve endings in the spinal facet joints that are causing pain. Similar to […]